Enemy is a 2021 Indian Tamil-language action thriller film written and directed by Anand Shankar and produced by Vinod Kumar under the banner of Mini Studios. The film features Vishal, Arya, Mirnalini Ravi, Mamta Mohandas, and Prakash Raj in the lead roles.[2][3][4][5][6] The film released in theatres on 4 November 2021. The film received mixed to positive reviews from critics with praise for the primary performances, visuals, action sequences, soundtrack and cinematography but criticism for the writing, second half and characterization. 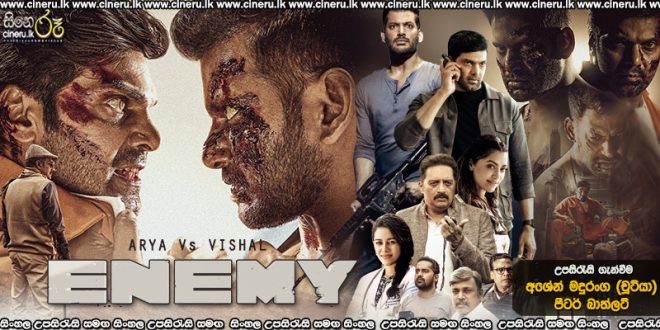